The mythical six pack: the infamous symbol of aesthetic appeal across the globe.

Men have been chasing this mythical appearance for generations, but ever since it has been accepted as the marker for aesthetics (disclaimer: opinions may vary) everyone seems to want one. Men want to sport the ‘King Leonidas’ style and look great naked, while women would love to be more like J-Lo and walk around with an aura of confidence.

Even though most people think they have to bust their asses, doing thousands of sit-ups a week, possibly hurting themselves in the process, it is not as hard as you might think. A nice set of abs, for both men and women, is easier to acquire than the media would have you believe.

How? Well, let’s crunch some facts and kill some myths now shall we?

The abdominal muscles in your midsection consist of 4 muscles:

The M. Rectus Abdominis is what people mark as the six pack muscle. Ironically, it is not a ‘six pack’ for everyone, considering the amount of ‘blocks’ you will have (when your body fat percentage is low enough) and taking into account that this varies from person to person. This is based on your genetics.

Person A could have an abdominal wall with 6 ‘packs’, while person B might have 8. The amount of ‘blocks’ and their shape is genetically determined and there’s nothing you can do about it. Sorry to burst your bubble.

But, before you start blaming your genetics, you should take into consideration that everyone can acquire a set of good-looking abs. It’s all about optimizing your diet and training, ultimately acquiring the stomach you are after. 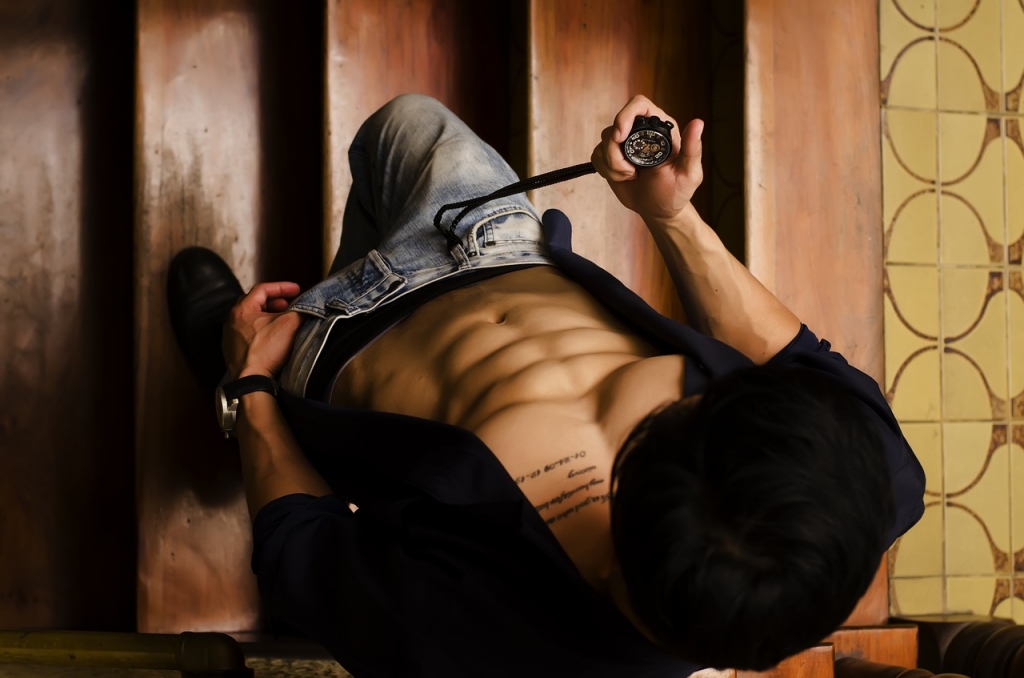 So what about abdominal training?

Should you completely abandon it, because it’s ‘useless’?

The short answer is that traditional abdominal training is indeed a waste of time. ‘Core training’ on the other hand isn’t.

To bend, or not to bend? Why abdominal training is misunderstood

For most people, when they think about abdominal training, the first thing that comes to mind is an endless series of sit-ups and crunches.

In our modern society, these exercises are used to portrait the image that you can sculpt a flawless set of abs by training your ass off. Because of this media indoctrination, people associate abdominal training with ‘bending exercises.’

What people don’t realize is that these ‘bending exercises’ are a biomechanical nightmare for our spine. Crunches and sit-ups force you to bend your spine under load, or even combine flexion with rotation (like bicycle crunches for instances).

This may lead to a variety of different aches and injuries. Remember the person that completed an ‘abs challenge’ that complained about their lower back after a long series of crunches? Right, stop bending, because there is an alternative.

The alternative to traditional abdominal training is ‘core training.’ Although this concept has fallen prey to marketing hypes as well, over the last few years, it’s an extremely useful tool to assist and improve your regular training and even improve your daily tasks.

First of all, what is your core? Your ‘core’ is the center of your body, with the function of stabilizing the spine and shifting forces. As far as muscles go, you should imagine the core consisting of the abdominals, the back muscles, pelvic floor muscles and your diaphragm.

When you carry around heavy grocery bags, it prevents you from bending sideways. When a pitcher throws a ball, it prevents him from turning his throw into a pirouette, by stiffening the trunk. On top of that it could add to your exercises in the gym by allowing for greater force generation and protection (cause you don’t want to collapse and break your spine when squatting heavy, don’t you?).

The core facilitates these things by preventing your spine to bend, by stiffening your trunk when it’s under external pressure from every direction.

What people don’t realize is that the abdominals are meant to reduce and prevent moment, instead of creating it. 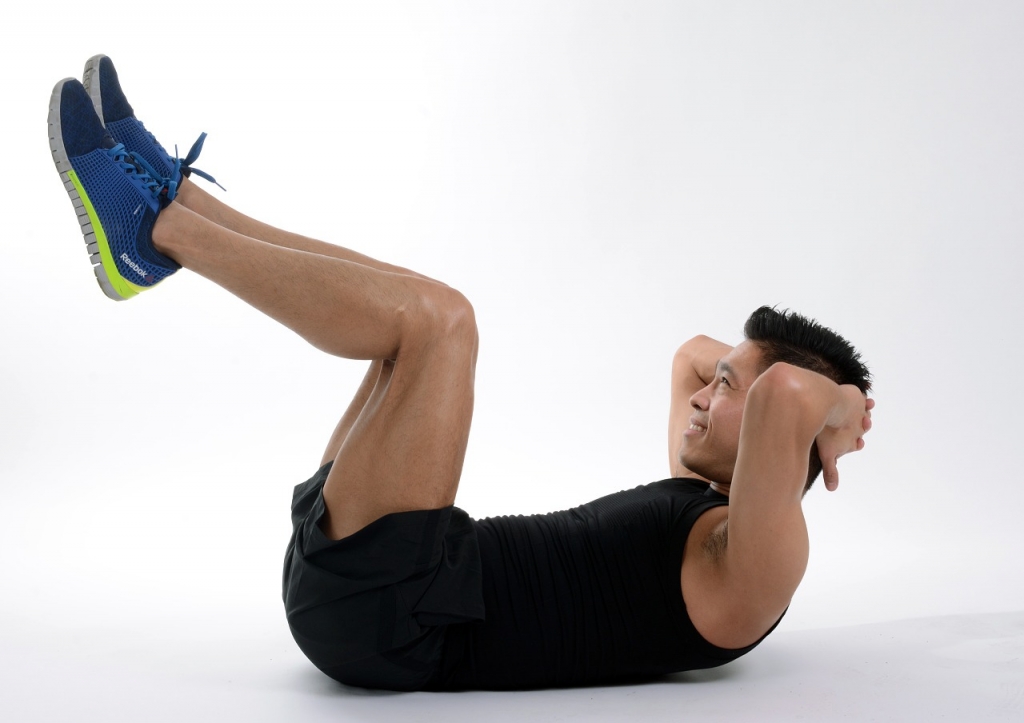 Now we know what the core actually is, the question of how to train it still remains.

So, how DO you train your core? To optimally train the core, it’s important that you understand it’s functions: stability (anti-flexion) and anti-rotation. Examples of suitable exercise to train these functions include

Besides that, you need to realize that you’re already actively working your core with most compound exercises like a squat and overhead press for example.

If you want to adjust your exercise selection to work your core properly: simplicity is key.

The possibilities are endless: just don’t overthink it.

One of the things a lot of people tend to forget when training their abdominals (or training in general for that matter) is to be mindful of their breathing.

Make sure you breathe through your belly and that you keep breathing throughout the movement. Control your breathing to properly activate your core and actually tense your abs.

How do you tense your abs properly?

To Brace or to Hollow?

Most people, when thinking about tensing their abs, focus on ‘hollowing.’ In simple terms: pulling their belly button in. With this technique, you focus on the transverse abdominis.

For the people that want to learn more about the effects of spinal flexion on the spine, I want to introduce you to Stuart McGill. McGill is widely considered to be an expert in the area of back pain.

Below is a clip by ‘Dr. Spine’ in which he talks about hollowing and bracing (referred to him as ‘drawing the belly button in’ and ‘stiffening the abdominals’), flexion of the spine during abdominal training and some exercises to do instead. Be sure to check it out, before reading further!

Hollowing and bracing protect your spine about equally well, but hollowing does so with a lot more pressure than bracing.

The reason for this is, is that by bracing you also fully engage your obliques. By doing so, the load gets divided more effectively. Bracing has all of the benefits of hollowing, without having the disadvantages.

If you have a hard time grasping how to ‘brace yourself’: imagine yourself being in a boxing match where your opponent is about to throw a punch to your stomach. What do you do? You ‘brace’ yourself for protection.

In essence, you try to create a ‘corset’ to protect your spine. Your entire core, the muscles surrounding your spine, are activated to protect your spinal column and prevent injury. This is different from ‘hollowing’ where only a handful of muscles are called upon to do the job.

Sculpting the abdominals: stripping the fat

I’ll keep this exactly what it’s supposed to be: short and sweet.

The most important factor in having visible abs is your body fat percentage.

No matter how much muscle mass is under that layer of fat: too much fat makes them invisible to the naked eye. An endless series of abdominal exercise and ‘magical products’ won’t change anything: spot reduction is a myth.

Create a negative energy balance (caloric deficit). Make sure you’re in a long term caloric restriction and above all: be patient. In the end, the fat will disappear and your desired mid-section will be yours to show off to random strangers all over social media.

But why can’t you spot reduce, you may ask?

The answer is a bit more complicated than this, but it’s mainly because of the bloodflow to the fat tissue and the ratio of alpha-2 and beta-2 receptors in said tissue.

To burn fat, it has to be mobilized. Mobilization is done with the hormone adrenaline (among other things), which ‘opens’ the fat cells door. To do so, adrenaline attaches to the ‘keyhole.’ 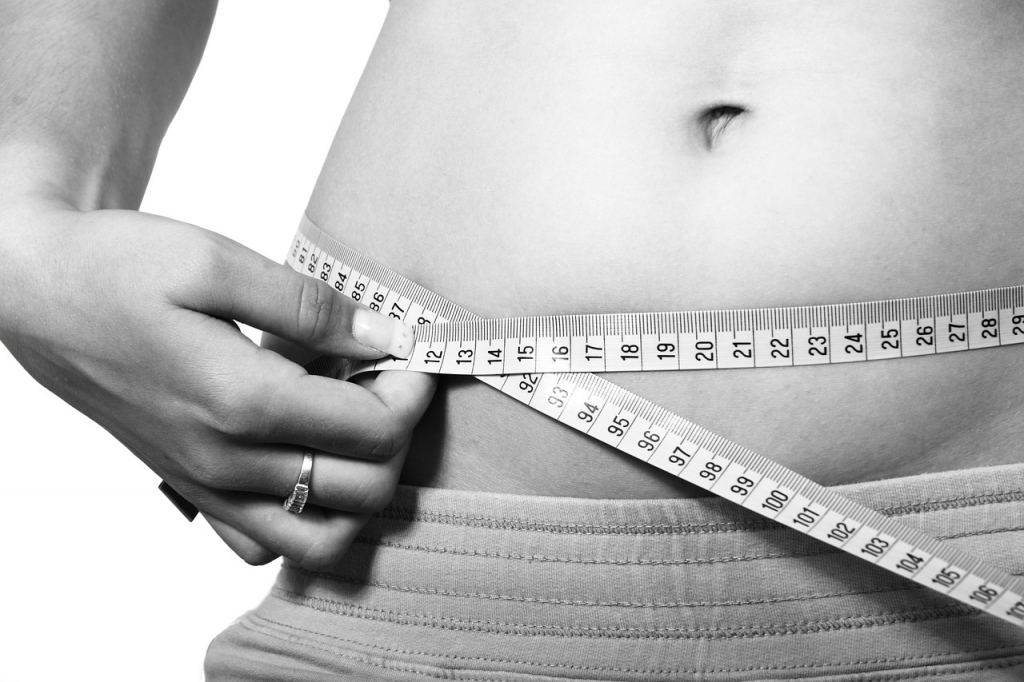 There are multiple ‘keyholes’ that belong to the family of adrenoreceptors. Two of these adrenoreceptors play the lead parts in this story: Alpha-2 and Beta-2. When adrenaline turns the key to a Alpha-2 receptor, the fat is ‘locked’. Activating the Beta-2 receptor releases the fat.

Fat cells have both Alpha-2 and Beta-2 receptors, but the ratio between the two differs between body part. Parts with a lot of Alpha-2 receptors are usually the ‘problem areas.’ Fat on certain body parts, like the hips and the legs for instance, is usually ‘stubborn’ for this reason.

This won’t even be obvious until your body fat percentage is quite low already. For men this equates to around sub 10%, for females it’s closer to sub 16-18%.

Even though mobilization of the fat in these fat cells is harder, it’s still a matter of simply stripping the fat until the stubborn fat is gone as well. To do so, you require patience and a caloric deficit, contrary to what the media is telling you.

No magic pills, no expensive products, nothing.

But if I train a specific muscle group, won’t that..?

But just because the fat is released into the bloodstream, it doesn’t mean that it’s actually burned.

It’s perfectly possibly for the fat to hardly being burned, or not being burned at all for that matter. Resulting in the fat being stored back into the same fat cells.

At the moment there hasn’t been enough research performed in the area of this exercise-induced spot reduction, to exclude this phenomenon completely.

But with the data we currently have access to, it’s clear that trying to ‘spot reduce’ is useless and you’re better off spending time on methods that are proven to work.

The road to a flawless pair of abs is unnecessarily complicated by the media.

Thea are no magic solutions. On the other hand crunching exercises that put an unnecessary amount of stress on your spine won't help either since you cannot burn fat from specific spots.

Training your core, eating less and moving more is both more effective and safer for your spine. It’s not fancy, it won’t make me millions, but it will deliver you the results you’ve always wanted.

Besides that, core training will improve your daily activities, decrease your chance of injuries and improve your force generation if done properly.